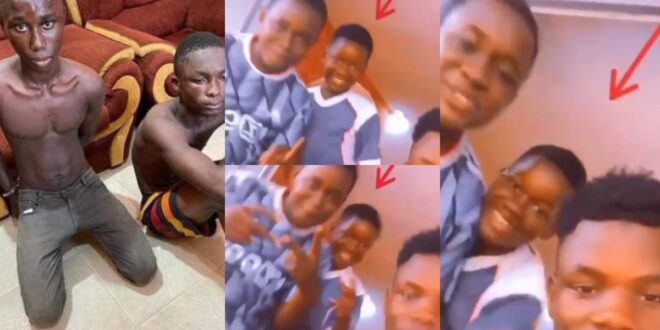 the last video of Ishmael Mensah, the 10-year-old boy who was murdered in Kasoa for money rituals by two teenagers has surfaced online.

He was seen in the video jamming to Larruso’s song “Killy Killy” with two other friends.

He is a handsome and calm-looking kid, as you can see in the video below.

It is tragic that his life was cut short in such a violent way.

Take a look at the video below [Mensah is the middle boy]: