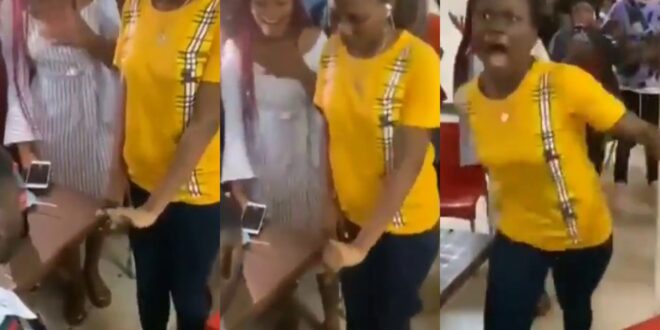 Lady who went mad after her boyfriend proposed to her speaks for the first time.

A video of how a young lady got crazy when her boyfriend proposed went viral on social media yesterday. After her boyfriend asked the question, the lady in the video was seen running and behaving really funny.

The lady in question was known as Grace and she did not run as it was speculated, as seen in the footage, according to her. She says the video was just a skit she planned for her friends and after SHE shared it to social media, it went viral.

She said she did not expect the video to circulate too rapidly because she assumed it was only a prank, but the huge backlash on social media shocked her so much.

ALSO READ  "Don't date a man whose salary is worth your the price of your hair"- Lady advises.

Since the stage proposal, she says she is really well and is in no way struggling from any psychiatric condition. As some of Grace’s friends were still in the skit, the skit seemed too genuine, making the entire community think she was truly crazy.