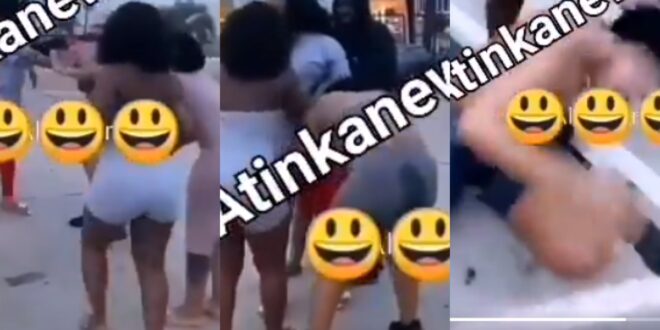 Lady Ur!nates on herself during a f!ght with her boyfriend’s side chick (video)

The disturbing moment when a young lady peed on herself during a major dispute with a pal in the United States of America is caught by a viral video that has been seen by our outfit. Since the video went viral, the young lady who peed on herself has now become a mockery on social media.

It is not yet known the cause of the actual battle, but reports claim the two ladies were reportedly fighting over a man.
checkout Video below;

Slay Mama Piss On Herself While Fighting Her Opps !… 🤪🙆#AtinkaNews #Ghana #Nigeria pic.twitter.com/0p2tnQo9KH