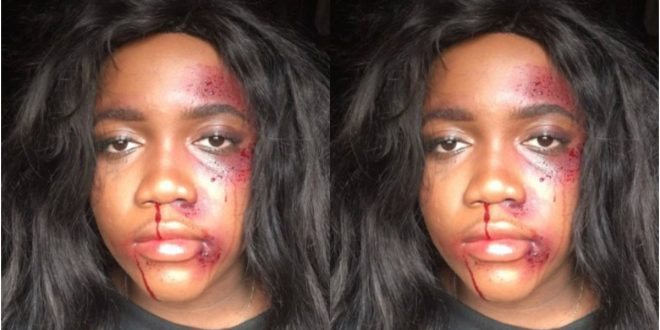 lady Severely Beaten By Her Side Guy’s Girlfriend

A sad but hilarious piece of news spreading on social media and has caught our attention is one of a lady who claimed to have been mercilessly beaten by her fellow female for hanging out with his guy.

The lady shared this tragic experience of her’s in a tweet authored by @tessie_lala. the tweet alleged that she received the beatings of her life after she visited her newly found boyfriend who claimed to be single.

narrating the incident, she claimed the guy’s girlfriend out of nowhere pounced on her and started attacking her as she landed heavy punches on her pretty face