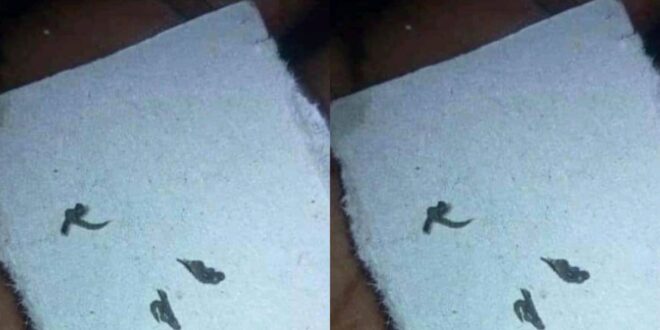 A lady whose identity has been hidden for some reason has taken to an online forum to share the horrific ordeal she has been through since she had sex with her new boyfriend on Val’s day.

the lady who presented her ordeal to Abena Manokekame, a blogger and advisor said she had seen maggots creeping out of her vajayjay since she had s3x with this new guy.

She said she felt weak since the day she gave herself to the guy, and when she called the guy to let him know about this scary change, he hung up on her.

below are screenshots of her story; 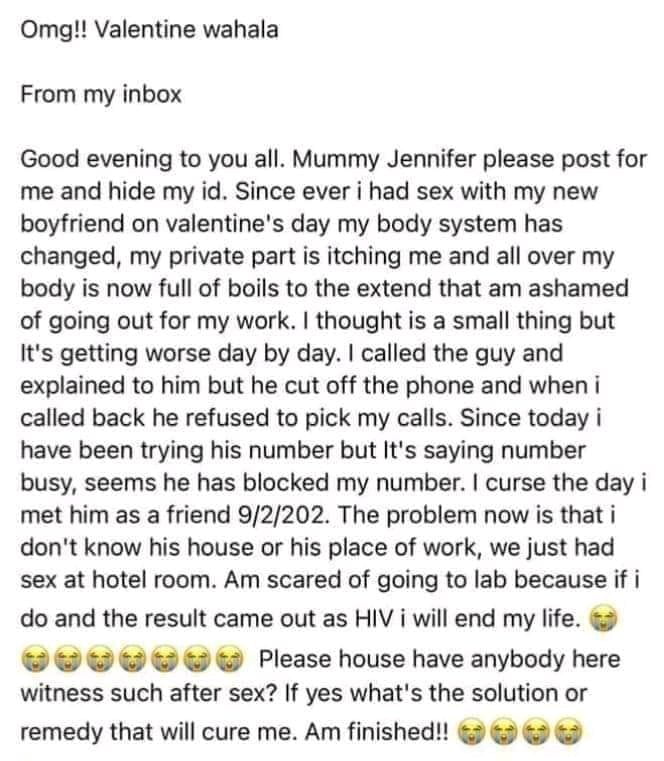 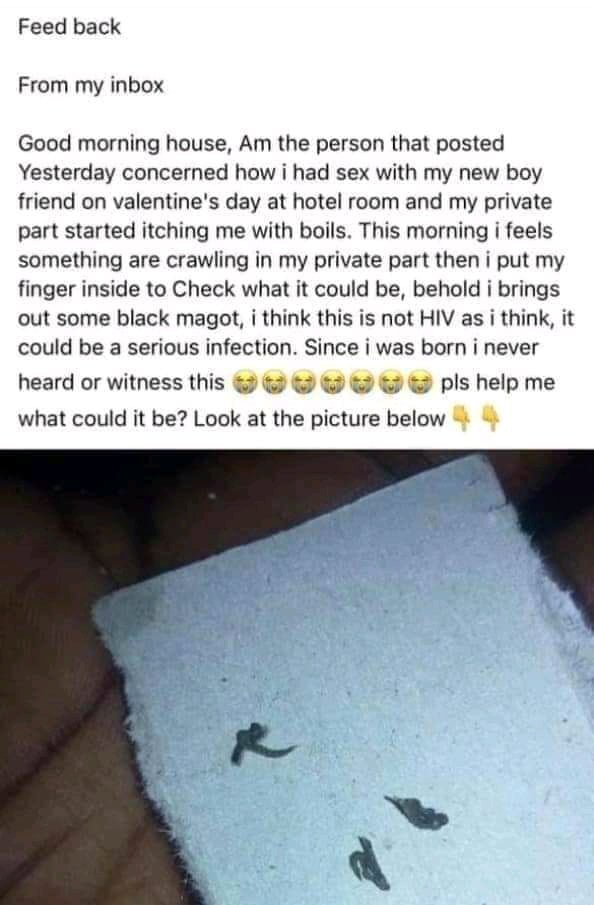 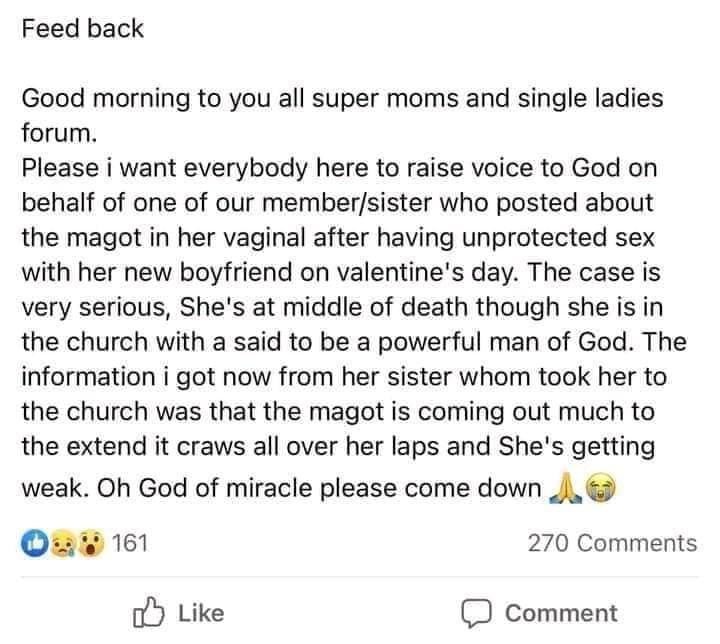 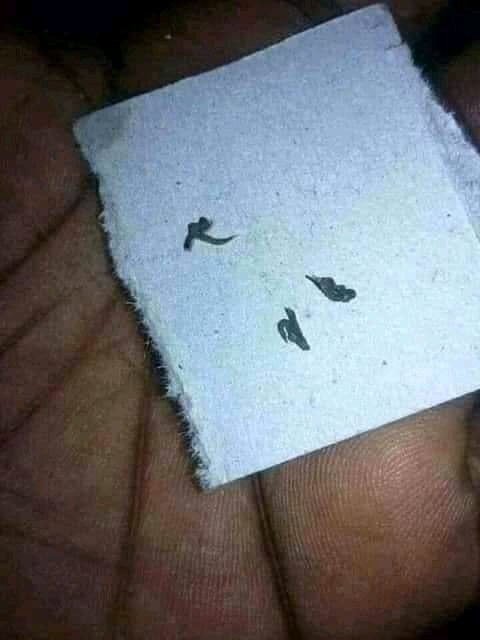