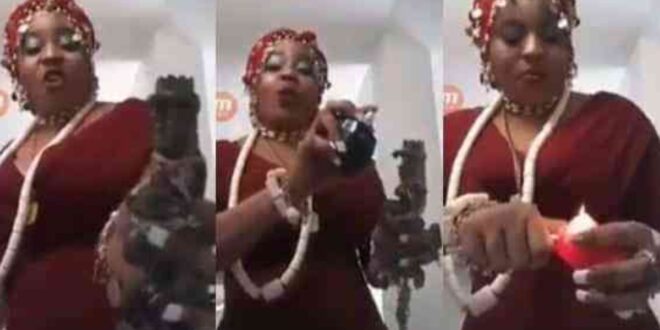 Lady sacrifices her ex-boyfriend to the gods after giving her kidney to him to survive only to be dumped.

A young woman is reportedly rejoicing after learning of her ex-passing, boyfriend’s whom she brought to a “juju man” to bring a curse on.

According to the married lady, her former boyfriend, with whom she stayed in the UK, was on the brink of death and wanted a kidney,   She added she gave kidney to him to survive, but guess what, despite what she did for him, her boyfriend had the nerves to leave her.

This is what she had to say; ” Hmm, I gave a guy my kidney in UK after he was dying. He survived and told me I am not worth him so I came home to Nkoranza and cursed him. He died and am happy cux i am married now and he is underground. Aboa like him”