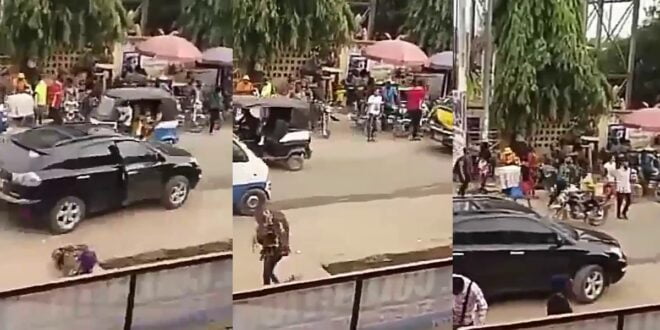 A video circulating on social media depicts a young Nigerian woman reportedly going insane after being shoved off a moving Lexus Jeep.

As seen in the video, the lady began behaving strangely right away, causing onlookers to come to her rescue and inquire as to what was wrong with her. On social media, several users are attempting to ascribe their own interpretations to the event.

It’s unclear if the woman really went insane. More information about this will most likely surface on social media in the coming days, and we’ll keep you updated.