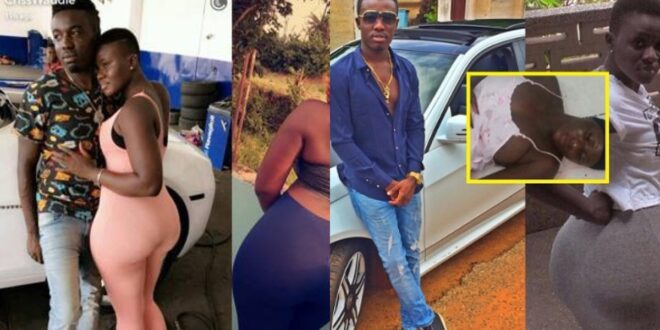 Criss Waddle has slammed his ex-girlfriend, alleging that she was oblivious to forsee he will be rich.

Criss Waddle, a Ghanaian rapper turned real estate developer, believes that his ex-girlfriend was so fascinated of rich men that she forgot he would one day become wealthy as well.

The crooner of “Bie Gya” shared his belief that she isn’t weeping while he counts all of life’s billions.

He urged women to stick with their boyfriends, even though they are currently broke, because the tables could change and they could capture the ‘kwatsa.’

The co-founder of AMG Company commented on his Snapchat account:

“My ex loved wealthy men so much to a point where she couldn’t even see an upcoming wealthy man (me)….how is she by now? I hope she’s not crying.. Stay with ur fucking boyfriends bitches”.