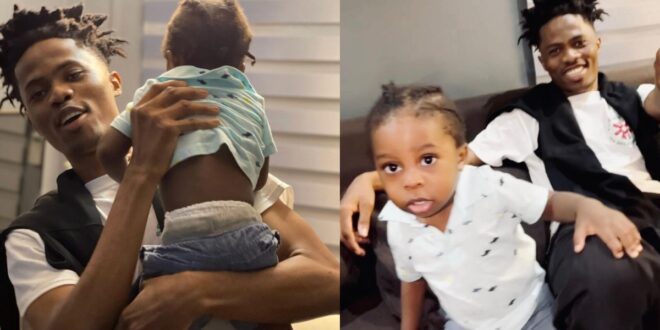 During his hangout with Fameye and his son, hip hop rapper Kwesi Arthur demonstrated his daddy skills.

The experience was both unforgettable and fascinating. Fameye’s son, who had no idea what he was missing out on, was fleeing from the rapper.

When Kwesi Arthur tried to hold him, the little boy cried and ran away, but his father insisted that Kwesi carry him.

Fameye later posted the images and videos, stating that he planned to frame the photos of him and Kwesi Arthur and that his son would thank him later.

watch the video below; swipe…