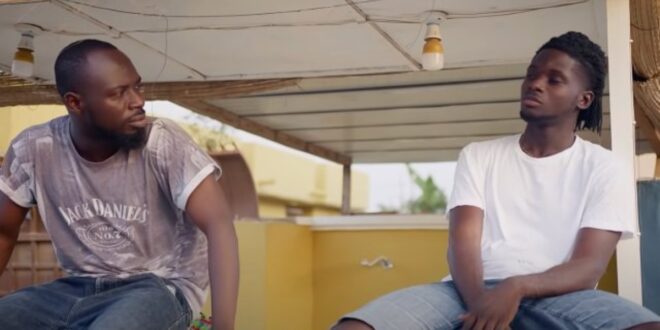 While live on TV Africa with host Roselyn Felli, Kwame Yogot weeps as he spoke about his career in music and finally being remembered by Ghanaians.

When asked if he sees himself as a famous artist now, Kwame Yogot said he doesn’t see himself in the role he needs to be in, but that he is more well-known now than he was ten years ago.

Kwame Yogot, full of emotions, credited God’s favor to his recent success with a hit single, adding that occasionally he doesn’t quite grasp why he suddenly has a hit song all of a sudden.

The “Bitter Sweet” hitmaker said that his path has been really difficult for the last 10 years and that even though his parents accepted his decision to do music after graduating Senior High School, it only takes a strong person to stay firm.

ALSO READ  "I use to be a priest, Obinim was my Junior pastor"- Agya Koo

Kwame Yogot announced that he went to Accra to make ends meet for his musical talent, but that he didn’t prosper until he signed a label and released a single with Yaa Pono during Covid-19.

Kwame Yogot said his label asked him to pick some other artist and he opted for Kuami Eugene on how he met Lynx Entertainment’s Kuami Eugene for his latest trending song.

Kwame Yogot revealed that Kuami Eugene approached him with affection and also claimed that when he was in school he loved listening to his music.

Kwame yogot and Kuami Eugene collaborated on a mystical song called “Biibi Besi,” which has been well received by Ghanaians.