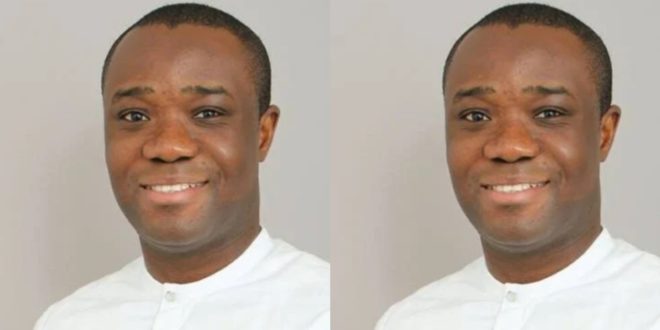 NDC’s Kwakye Ofosu in hot waters; caught in a sex scandal with an engaged woman

Kwakye Ofosu, a former deputy Information Minister in John Mahama’s administration, has found himself in a messy situation after reportedly being caught sleeping with a yet to be wedded woman.

The timing of this sex scandal that has currently entangled the former minister is wrong considering the fact that we are about three weeks away from elections as he is also parliamentary candidate for Abura Asebu Kwamankese constituency.

The parliamentary candidate was caught 5:00 am after the brother of the woman’s husband-to-be tailed them after learning that Kwakye Ofosu is fond of visiting the woman and at some point even leaves the next morning.

The said brother who allegedly caught them red-handed shared a video of the moment and it has gone viral. In the video, the young man whose voice was heard in the background asked what ‘the honourable Felix’ was doing in the house of his brother’s fiancee.

“What is an honourable member doing in the brother girlfriend’s room at 5 am. My brother is coming down to marry the same girl. Felix this is not the first time I’m seeing you in this house. You come here you sleep you go but it is too much,” the guy said.

Shortly after, a woman, believed to be also a relative of the husband, also came in attacking the lawmaker; claiming had been spotted earlier in the bathroom of lady.

Thing started getting worse for hon. Felix Kwakye Ofosu when the brother threatened to tell his wife about the whole issue. the NDC parliamentary candidate who was in his party T-shirt, however, claimed innocence as he stated that he had nothing to do with the lady.

“My wife is not in the country but do you know my wife?” Kwakye Ofosu asked before leaving the scene.

Former deputy minister of Information, Felix Kwakye Ofosu, has landed himself in a big scandal. The Abura Asebu Kwamankese NDC parliamentary candidate has been caught sleeping with another man's wife. in this video, Kwakye Ofosu is being accosted by the in-laws of the lady after he was found in her house at an odd hour. A narrator in the video is heard questioning Kwakye Ofosu over his mission in the house at 5 am and he fumbled while he pleaded for him not to be recorded