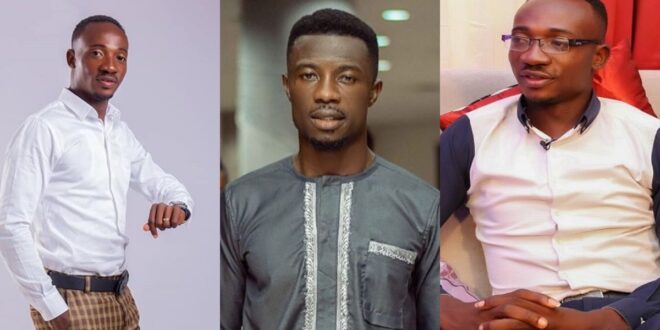 Kumawood actor Salinko thanked Kwaku Manu for reuniting Funny Face and his baby mama, Ama Vanessa with their children.
Despite the fact that he praised Kwaku Manu for the above, he acknowledged that the Kumawood actress is seeking way too much fame.

Funny Face is currently having issues in his life, according to Salinko, because he refuses to listen to advice and is surrounded by fake people who struggle to give him the best advice.

Speaking on the Best Entertainment Show on Okay FM in an interview with Halifax Addo, Salinko revealed the Funny Face is surrounded by friends who are afraid to advise him.

He went on to say the Funny Face is in his present condition because he follows the advice of certain important people.

For more info, watch the video below: