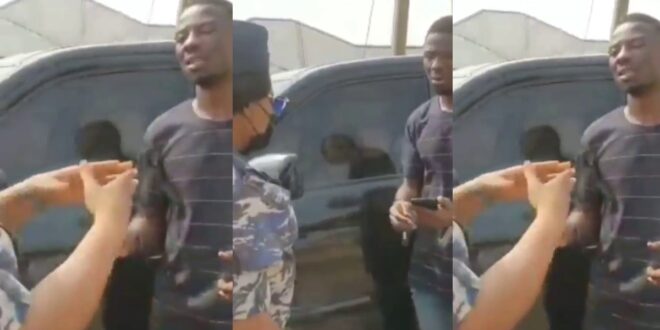 famous Kumawood actor and  vlogger. Kwaku Manu has run afoul of the law by violating the COVID-19 protocol.

During a routine search, the actor is stopped by a policewoman known as Hajia Police, according to a video shared on social media.

Kwaku Manu was not wearing a nasal mask when Hajia Police arrived and asked him over why he was in town without one.

In his response, Kwaku stated that he removed the mask to take a phone call.

She also demanded that the actor wear his nose mask, which he refused to do, resulting in his detention.