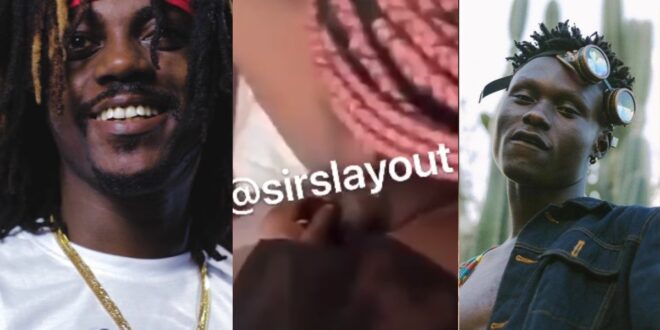 Jay Bahd, a Ghanaian drill musician and member of Live Life Records, is trending on social media after [email protected] his own s3x tape.

After a feature on Yaw Tog’s single “Sore” and his hit song “Condemn,” the talented young rapper became one of the Kumerican artists that swept the country.

One would ask why, after achieving such success, the young rapper would release a hard-core video of a young lady giving BJ.

Jay Bhad is seen lying on his back as the lady performs magic between his legs in a video spotted by buzzgh.com.

According to some online reactions, the “Condem” singer posted the video on his Snapchat account.

Cedi City Boy, one of the Asakaa Boys, reacted in a post on his Twitter page after Jay Bahd became a trending topic.

According to Cedi City Kid, the Asakaa brand is just getting started. City Boy encouraged supporters of the campaign to be patient.