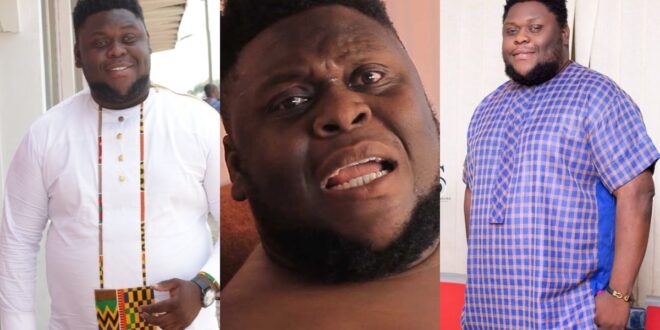 “Kumawood collapsed because of Backbiting and Envy”- Oteele

Entertainer Hen Yao Mawunyo, recognized as Oteele, has stated that the actions of actors and producers has purposely collapsed the film industry.

In an interview with Kingdom Fm tracked by buzzgh.com, the plus-size actor indicated that the actors and producers failed due to animosity and backbiting amongst themselves, but even though the industry has been dormant for some time now, nothing seems cool with them.

“It’s about time they recognize the errors and bring things back on track,” he said, so the new ones that arrived late couldn’t get everything, and this has generated unemployment and has put others into poor conditions as well.

As for him, he continued that he was wise to have made sense and invested from the little he received from the films featuring so far.