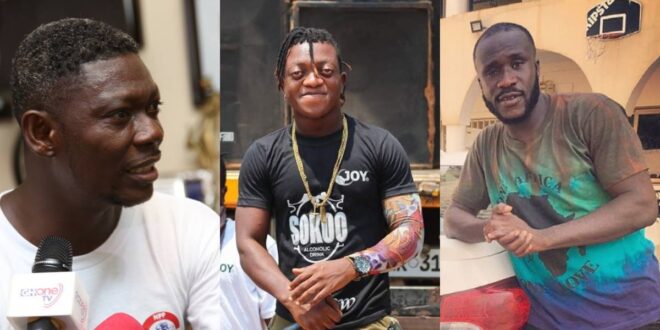 “Kumawood changed the lives of Agya Koo and ras Nene, they were both street boys”- Sumsum

Sumsum Ahuofe, a Ghanaian star, praised the directors of the Kumawood movies for transforming the lives of many in a short time.
Sumsum said several of his coworkers were street hustlers, trying to make a livelihood in the business before entering the movie industry.

Speaking in an interview with Kingdom Plus FM’s Fiifi Pratt, the actor said that most Kumawood stars come from the street, unlike Ghallywood, where most actors are well to do.

Citing an example, Susum said that after his latest TV series, Ras Nene, who is currently trending on social media, was a notorious thief who has been in jail for many years, but Kumawood has changed his life.

He also spoke about how Agya Koo, all because of Kumawood, moved from a shoeshine boy who sleeps on the streets to a national symbol.

View the video below