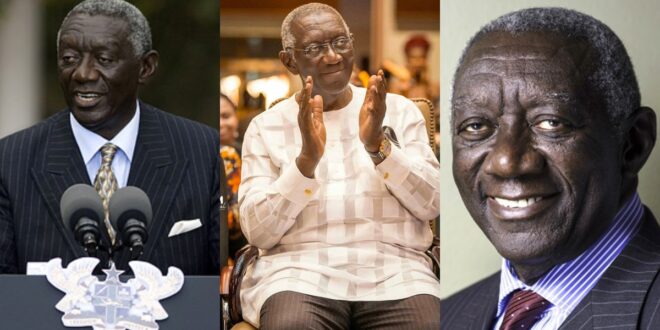 LGBT is against our culture – Former President Kufour finally speaks

John Agyekum Kufuor, the former President of Ghana, has weighed in on the LGBT issue.

Over the last week, Ghana’s LGBT community has advocated for the legalization of same-sex marriages.

In an interview with Accra FM, John Agyekum Kufuor said that homosexuality is illegal and against “our culture.”

When he was president, he declined to legalize gay rights according to Kufour.

“I rejected LGBT legalization when I was president because it baffled me. It still baffles me because LGBT practice is against our culture, religion and even defies nature.

No law allows such a thing in Ghana. The president has emphatically stated that it will not be legalized under his reign, so let’s forget about it”