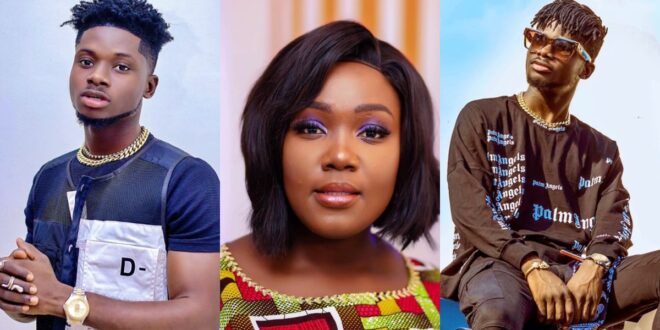 Kuami Eugene tells Tima kumkum he admires her a lot after Tima revealed she needed a man.

Lynx entertainment signee tend to provide love for older ladies. Kidi’s new baby mama is said to be a rich lady many years older than him.

Kuami Eugene, who is also a signee, seems to have a preference for older women after firing his shot at TV presenter Tima Kumkum a few weeks after she announced that in her life she was single and in search of a man.

In an Instagram chat with Tima, the Angela hitmaker shared his intense appreciation for her, even describing it as an obsession.

“I think I am you biggest fan. Or it just an obsession. Idk. But I admire you a lot“, he wrote.

ALSO READ  "You don't have to be Nak3d to look sexy"-Stella Damasus advises female celebrities.

Tima responded shortly after his comment, claiming that she has long respected the Rockstar.

“Awwwwww you just made my day hun you have no idea how I also admire you too, this is humbling thank you, I’m super proud of you“, her response read.