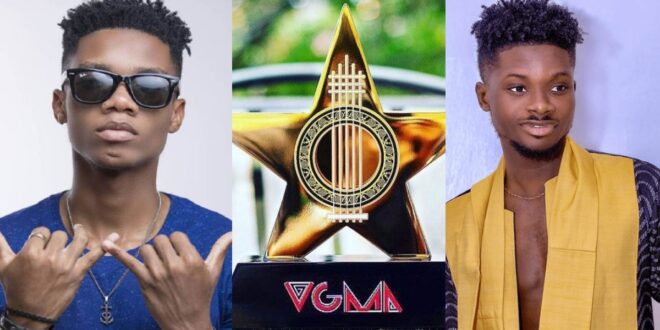 “Kuami Eugene should forget about VGMA artist of the year, I’m winning”- Kidi

In an interview, he questioned who else would win the artiste of the year award if he didn’t. The Joynews host named Kuami Eugene, prompting Kidi to say, “Kuami, sit down.”

Kidi, who exuded confidence, claimed that the previous year had been full of strong music and fantastic projects from his end, which is why he thinks he would win the artiste of the year award.