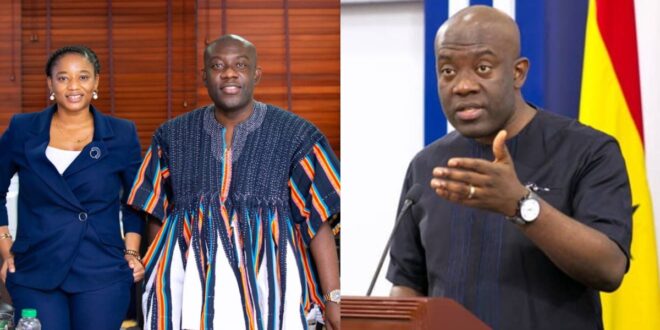 Kojo Oppong Nkrumah, the current Minister of Information, has blocked a man who asked if he was sleeping with his female employee.

However, in response to the politician’s tweet, a Twitter user known as ‘@ComradeSharp’ asked if he has been sleeping with the lady who works in his office.

Kojo Oppong Nkrumah declined to respond to the tweep’s query and chose to block the user.

After being blocked by the MP, @ComradeSharp played the victim, posting screenshots of his question and the blocking input he obtained from Kojo Oppong Nkrumah.

The NPP politician, on the other hand, has been dubbed an intolerant Information Minister by many.

Others just chastised @ComradeSharp for his idiotic question, saying that he deserved the MP’s wrath for being an annoyance.

below are some screenshots and reactions;