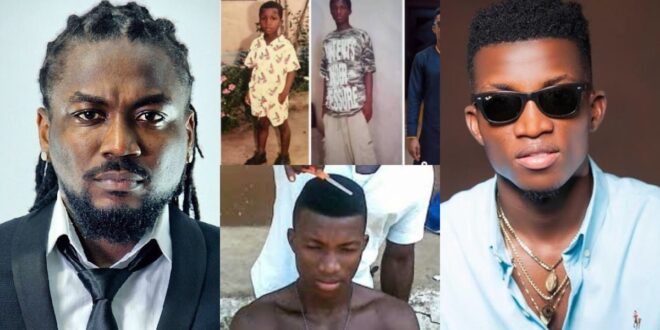 Martin King Arthur, best known as Kofi Kinaata, a multiple award-winning Ghanaian highlife musician, has hailed his colleague Samini as the reason he is where he is today.

Kofi Kinaata said he was not found by Samini himself in an interview with Countryman Songo.

He says that Samini’s manager Tony Pun found him and signed him to the Highgrade family, which has aided his music career.

Tony then introduced him to Samini, who accompanied him to all of his interviews.

Samini also took him out at shows and offered him chances to appear a few minutes before him at functions, according to Kofi Kinaata.

“Samini has helped me a lot with my career. Had it not being him, it would have taken me years to be discovered. His record label took me as a family and they have helped me since.”