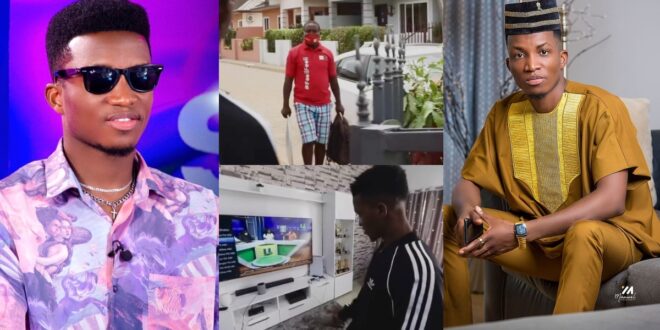 Martin King Arthur, best known as Kofi Kinaata, a multi-award-winning Ghanaian rapper, has wowed his many fans and supporters with a glimpse of his home and living room.

He was seen strolling in front of his home, which had a variety of cars parking inside, in a recent video spotted by buzzgh.com on the Things Fall Apart hitmaker’s official IG website.

The video then went on to show the inside of the house, especially his living room, which was absolutely stunning.

There were ultra-modern home appliances in the living room, as well as many portraits hung on the white-walled part of the room’s wall.

some of the awards the singer has received over the years for making danceable and soul-hitting songs were also stacked on a rack.