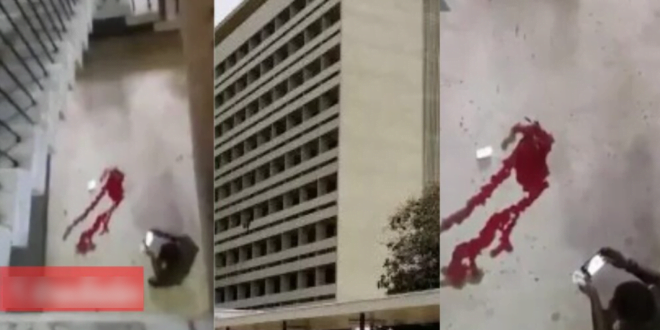 A final year student is declared dead after crashing from the first floor while reportedly receiving a hug from his girlfriend, according to sad reports from KNUST’s Unity Hall.

This occurred after the student got a hug from his girlfriend, according to KNUST Tiger Eye in a Twitter message.

Watsuptek KNUST has verified the report of the fall by revealing a video of a pool of blood near where he was hit.

see the tweets below.