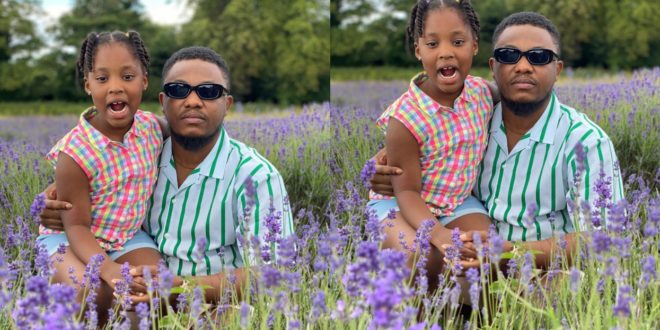 The actor who played the role of being “nkonkonsa” in the sex education series has been a father since about 4 years ago but his childbirth never went viral as compare to Aaron Adatsi who recently welcomed his son.

However, it was because Aaron Adatsi played a good boy role in the Yolo series that the news of his childbirth became shocking.

In this video which was shared by King gorge, the actor and his adorable daughter flaunted some daddy-daughter goals and from the looks, one can clearly say he is being the best father for his daughter.

The actor went ahead and shared a picture of his daughter on his Instagram page. the picture saw the two in an environment decorated with beautiful flowers.

Sharing the picture, King George, who is currently enjoying his stay abroad after his scholarship, wrote: “your future first daughter.”