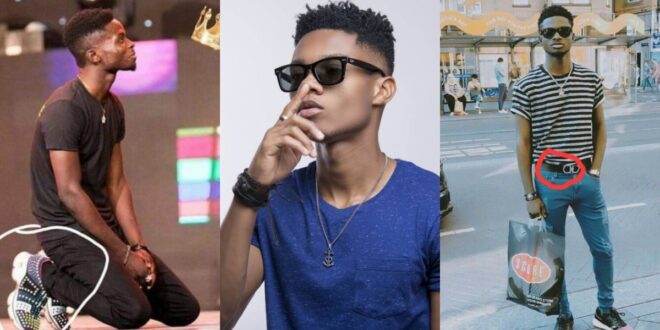 Kuami Eugene, a Lynx entertainment singer, has been chastised for his poor fashion sense on several occasions, but his colleague Kidi has protected him.

Between his first and second years on the job, Kuami Eugene’s dress sense was heavily mocked, and nearly anything he wore to a program was divisive and questionable.

Osebo the Zara man, a fashionista, also disclosed that he attempted to assist the singer when the criticism became too much, but the singer declined, focusing on wearing anything he liked.

Kidi acknowledged that Kuami Eugene has worn dubious clothes in a recent interview, but went on to support him, claiming that whenever an individual leaves the house dressing and feeling secure in what they are wearing, the opinions of others have no impact.