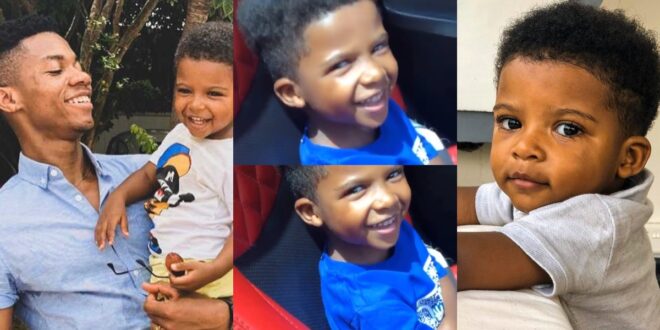 Popular Ghanaian musician Kidi has once again set confusion among ladies as he flaunts his cute and handsome son in a new video.

Kidi as we always say, broke the heart of many girls who were crushing on him after he disclosed that he has a son.

the ‘Say Cheese’ hitmaker has been showing off the face pf his son since then.

he has been spotted having some fan with his cute son in a new video.

Kidi was spotted cruising around town with his cute son as they both enjoy the front seat of his car.