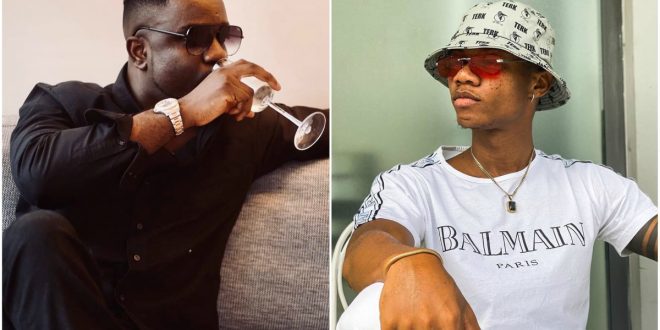 Lynx Entertainment signee KiDi has landed into trouble after he shaded rapper Sarkodie many years ago over his BET award.

as we always say, the internet is something like storage that stores everything that comes across on it.

KiDi’s tweet has now surfaced again and has received lots of backlash from media users most especially Sarkodie’s fans as if he just made that tweet.

in those tweets, KiDi wrote;

“So Sarkodie won the BET last night! eeeeiii we are dead!!”

“Still Vote for Sarkodie! RT @ThatKuraiziBoy: But mafikizolo is winning the BET award. Everybody knows that.”

“After R2bees wins the BET Award, Sarkodie can shutup about being the only Ghanaian artiste with BET.”

check out screenshots of his tweet and reactions below;