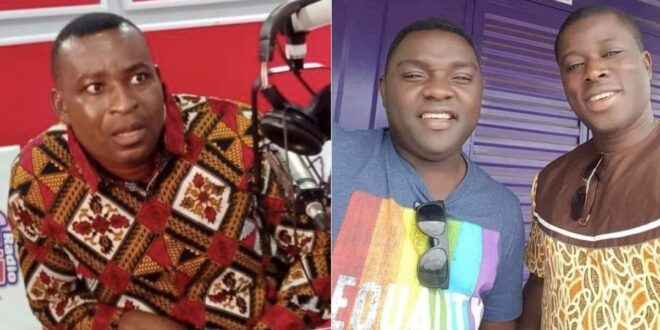 Kevin Taylor is a strong supporter of the NDC and has used his platform on social media to insult high-profile people who do not support John Mahama.

When the NPP won the December elections last year, the Ashanti regional chairman of the NPP, chairman wontumi said on live radio that Kevin Taylor will be in exile for the next years because of the ill things he has said about the president and the ruling NPP party.

A picture of Kevin in Ghana despite the many threats has surfaced on social media. In the picture he was spotted with Elikem Kotoko, another staunch and well known NDC Member.