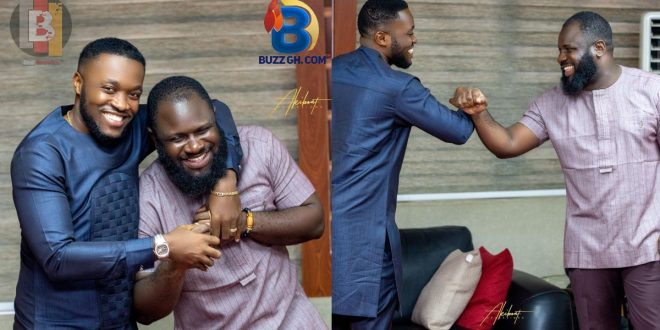 Ghanaians received heartbreaking and shocking news on the 4th of June about the sudden demise of Kwadwo Wiafe an employee of Despite Media whose voice is well known on peace FM.

According to reports, he battled with a short illness and after being taken to the Nyaho Clinic in Accra, he passed away so sadly.

His sudden death caused a lot of reactions from Ghanaians on social media with many sharing their condolence with the family and others also arguing that he can not be dead since n body anticipated this sudden incident.

Among the condolence shared on social media was one that graped the attention of all. This was from his beloved friend Kennedy Osei.

Kennedy Osei shard photos of himself and the late Kwadwo Wiafe together and tagged it with a very short tribute that reads: ‘HE WAS MORE THAN A BACKBONE’