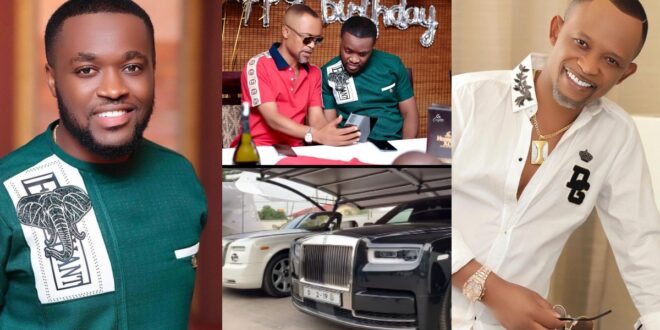 Kennedy Osei, the General Manager of the Despite Group of Companies, and Fadda Dickson, the Managing Director of Despite Media, stormed Dentaa’s birthday party with their luxurious vehicles over the weekend.

Both Kennedy Osei and Fadda Dickson stormed the birthday party in stunning and luxurious cars, which had netizens chatting and asking God to bless them as well.