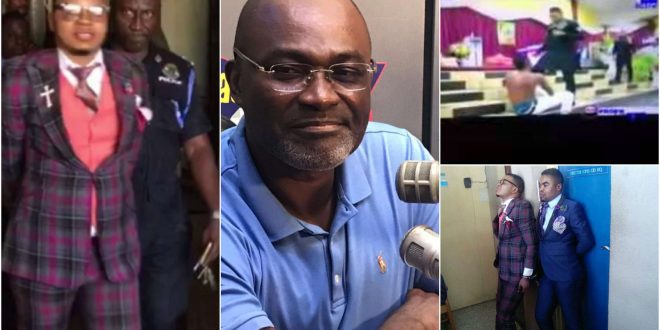 The Beef between Obinim and Ho. Kennedy Agyapong is not ending anytime soon.

Kennedy Agypong yesterday made some serious allegations against the man of God and said he will make sure he gets arrested.

Kennedy Agyapong shared a video of Obinim slapping and abusing a teenager and called on the CHRAJ and other authorities to arrest Obinim and the mother of the teenager for such an act.