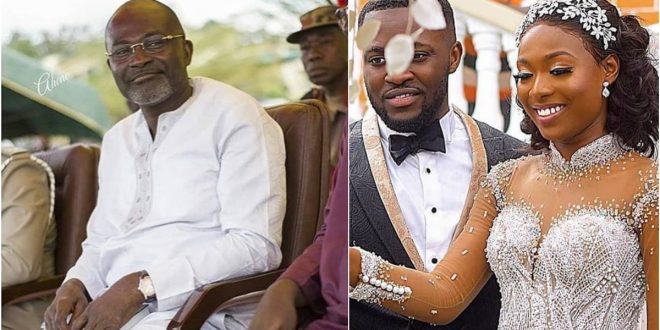 Dr. Osei Kwame Despite is no doubt the richest man in Ghana if not in the whole of Africa. he recently hosted his son’s wedding in a wealthy and lavish style that caused social media and the who ghana Shaking.

Hon. Kenndy Agyapong, Member of Parliament for Assin Central has spoken on his(Despite) display of wealth at his son’s wedding.

in a recent interview granted to Kennedy Agyapong on Metro TV’s Good Evening Ghana on the 23rd of June, he was asked by the host, Paul Adom-Otchere, whether it was right for Despite to display his riches during his son’s wedding in February 2020.

According to Kennedy Agyapong in answering, there is nothing wrong with Despite showing off his wealth. he also said Despite never had that opportunity so if he is doing it for his son, it is a good thing.

He said people should not be envious of Despite but they must rather encourage him.