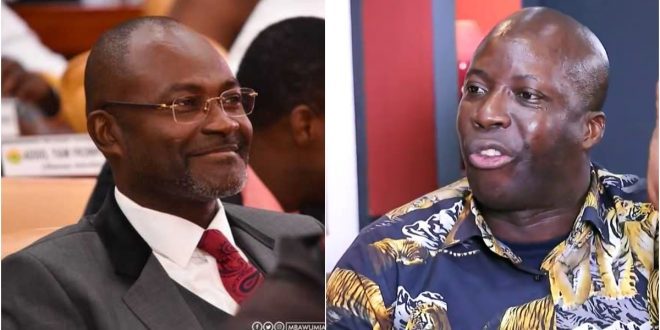 founder and General overseer of Heaven’s Gate Ministry, widely known in real life as Prophet Nicholas Osei aka Prophet Kumchacha has added his voice to the ongoing campaign by Kennedy Agyapong to expose fake pastors in Ghana.

According to Kumchacha, the English speaking pastors in the country are also as corrupt as the twi speaking ones and therefore the member of parliament should also turn his eyes on them as well.

He said the twi speaking ones sell all sorts of things but the English pastors also capitalize on their education to sell books to their congregation.

He however applauded Kennedy on the Good works he was doing for the country.

Kumchacha said all this on Kantanka TV.