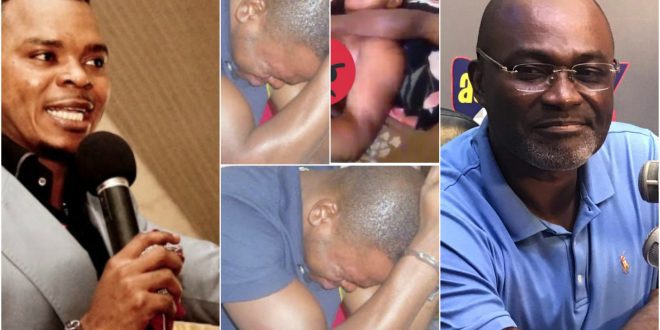 Kennedy Agyapong has proven that he is not the man to mess with in Ghana.

He and Rev Obinim have been beefing each other in the past few weeks and recently Obinim insulted him on his TV station along with his junior pastors.

This came after Kennedy disclosed that Obinim is a fraud and cannot heal his own father who is sick.

After Obinim insulted him and threatened to deal with him, he appeared on NET 2 yesterday to reveal some serious secrets of the Obinim.

In the interview he had, he released some proves that shows how obinim have been fvcking women in his church and how some of his junior pastors took videos to blackmail him to obofour.

watch a part of Kennedy Agyapong’s net 2 interviews below.