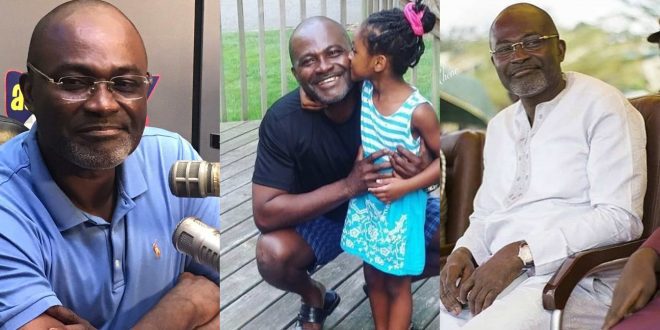 The Member of Parliament for Assin Central, Kennedy Agyapong, whose action led to the arrest of OBinim, has offered to use his own house to activate the bail conditions of the embattled man of God.

Bishop Obinim was arrested on the 19th May 2020 and was charged with the offenses of publication of false news and forgery of documents contrary to sections 208 and 159 respectively of the Criminal and other offenses Act, (1960; Act 29). Following his arrest, he was offered conditions in order to be granted bail which appears he couldn’t conform to.

These conditions included the sum of GH¢100,000 with three sureties, one to be justified and to re-appear before the court on June 1, 2020.

Speaking on the on Net2 TV, Kennedy Agyapong expressed his sadness at the turn of events, saying that even though he wants the bishop to pay for his crimes, he is still saddened at his current situation. he also revealed that he is willing to offer his own house to secure the bishop’s release.

The Parliamentarian r quickly pointed out that even after Obinim’s release, he will still face the EOCO to answer questions of financial impropriety.