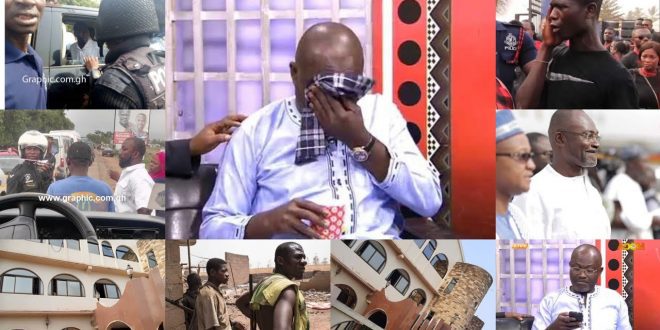 We have sighted a video that indicates that the Member of Parliament for Assin Central Honorable Kennedy Agyapong was nearly killed by gunmen in his house in Tema.

according to the security from the video sighted on Oman Channel on YouTube two gunmen managed to break into the MP’s house in Tema community 12 last Sunday night.

the security in the video narrated that, the two gunmen wanted to kill Kennedy that night but unfortunately, Kennedy wasn’t around that night.

the two gunmen met Hon. Ken’s nephew who works at Net2 TV where they threatened him with a knife to show them Ken’s room.

According to the narrator, Ken’s nephew was smart enough and locked them behind one of the rooms and shouted for help.

that’s where the gunmen took to their heels.