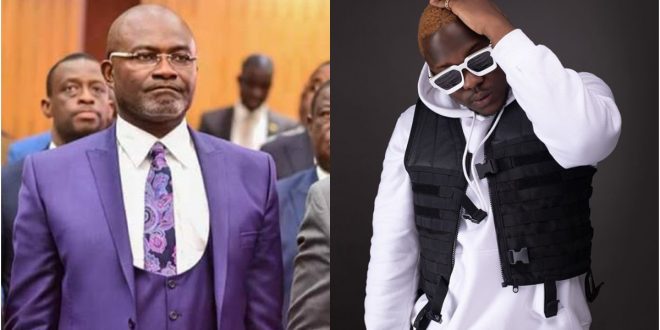 “Kennedy Agyapong is a very great man. He serves as a motivation to me” – Medikal

The AMG rapper, Medikal has pointed out The Member of Parliament for Assin Central, Hon. Kennedy Agyapong as his role model.

According to Medikal, Kennedy Agyapong serves as his motivation and he will forever look up to him in his dealings.

this is quite strange as everyone who loves the honorable M.P state his assertiveness and self-confidence to ‘say-it-as-it-is’ without seeing his behavior as a great attribute that is worth emulating.

For Medikal to say these fond words about the not-so-likeable politician, it shows that the rapper has been admiring and supporting what he does.

This comment passed by the AMG rapper has got most Ghanaians hoping not to see him exhibit the emotional tendencies of Kennedy Agyapong.