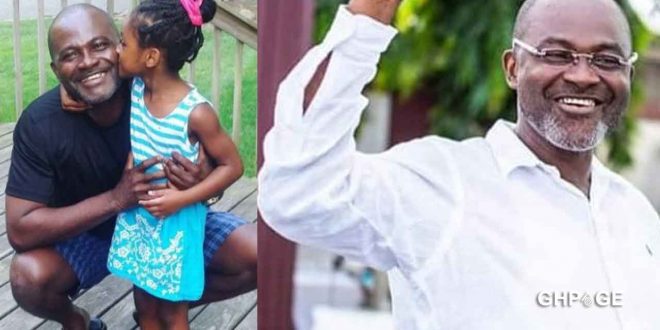 MP for Assin Central, Kennedy Agyapong has finally replied to his ‘prodigal’ daughter, Anell Agyapong in a new video.

Anell in a recent post during the father’s day apologizes to his father, Kenedy Agyapong to forgive her and take her back as his daughter.

She shared beautiful photos together with his father and wroye;

”Dear Daddy, My waywardness has become the cause of your ridicule, which can tarnish your integrity and image, and I implore your forgiveness. I’ve made better choices now and will continue to.
Please Daddy, if one day you still find me worthy as your daughter, kindly have mercy on me and deliver me from myself”.
Love Always, Anell.
Happy Father’s Day”

well in a response to Anell’s apology, Kennedy Agyapong in a recent interview on TV Africa stated that there is no way he will forgive his daughter and pay her school fees again.

the MP stated that he will rather sleep with a prostitute who has HIV/AIDS than to use the money to pay Anell’s fees again.

though many people thought Kennedy Agyapong will have a place in his heart and forgive his daughter, he never did.