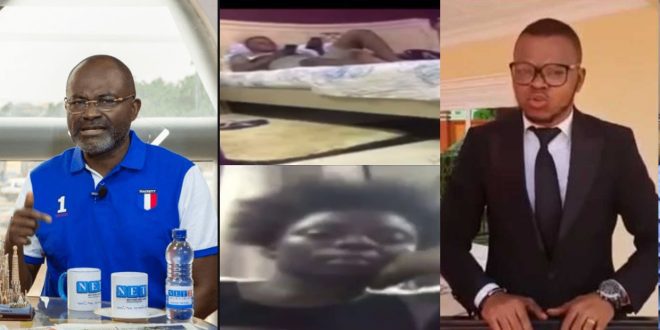 Obinim has surely met his match in Kennedy Agyapong.

The man of God was noisy just a few days ago that kennedy Ayapong did not have prove that he has been sleeping with girls in his church.

Well it appears Kennedy Agyapong is not someone to play with and has alot of prove to bring the man of God down.

Yesterday on Net 2 Tv, kennedy Agyapong released a video that saw Obinim and a girl he disclosed as lavia in his bed room at night.

Apprantly the girl recorded the said video for his boyfriend and as to how it landed in the hands of the Honourable member of parliament only God knows.