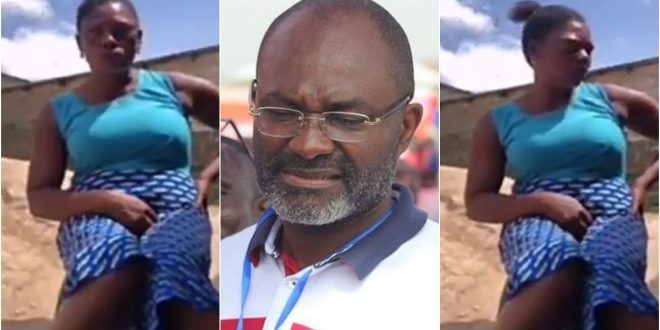 Kennedy Agyapong has once more gone big on his expose’ as this time he exposes a woman who aids fake pastors to perform fake miracles.

Kennedy Agyapong for some time now has dedicated time to dig deep into some pastors and men of God he believes to be fake in an attempt to expose them in their ways that go contrary to the teaching of the bible. He recently Got Obinim arrested as he raised some charges with evidence against him.

This got The founder of Anointed Palace Chapel, Rev. Obofour furious as he also threatened to expose Kennedy Agyapong. he added that he will defeat Kennedy both spiritually and physically if he dares try what he is doing on him.

All these seems not to deter Kennedy Agyapong as he recently has released another video that draws attention and doubts to pastors who claim to be performing miracles.

In the recent video, a woman was taped as she narrates how a pastor paid her in order to frame that a prophecy has come to pass. according to the woman she was not given the payment they agreed on. She, therefore, threatened to expose the pastor.

She added that most of those men of God like women as well and she can’t seem to fathom if they are on an assignment to take them to heaven.