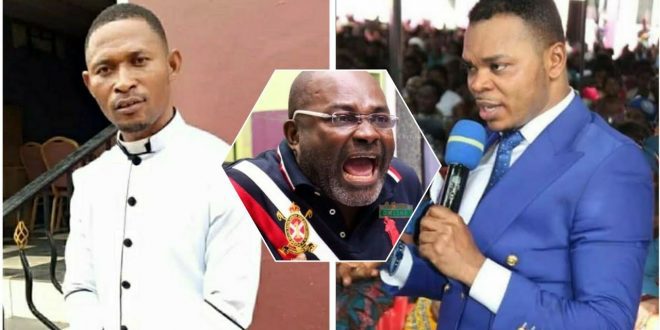 prophet by name Peter Aklah reveals that the member of parliament for Assin central with all his effort can not collapse the churches of God.

The recent confusion between Kennedy Agyapong and bishop Obinim has got lots of Ghanaians to build up doubt about religion.

This has made a lot of people to suggest the permanent closure of many churches after the lift of banned on social gatherings.

In a video spotted online, Prophet Peter claims all effort leveled at collapsing churches in Ghana will not succeed as there are still numerous genuine pastors in the system which one can find if he or she wants to.

Prophet Peter, however, accepted the fact that there exists an uncountable number of fake men of God in the system, but it’s not prudent for anyone to give them hearing and attention like how Kennedy Agyapong is doing to Obinim.

check out video below: