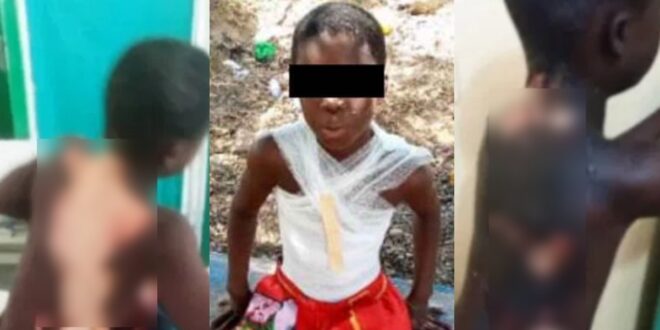 #Kasoa: 10-year-old boy who was set on fire finally speaks

A 10-year-old boy was set ablaze by a 14-year-old boy in Ngleshie Amanfrom near Kasoa in the Ga-South Municipality a few days ago, according to news reports.

The boy, who was on his way to buy a shoe, was approached by the teen named as Hammer on his way, according to what we discovered.

He (Hammer), holding a small container of petrol, spilled it on him (10-year-old boy) and set him on fire.

As per a report heard on Kasapa FM by GhPage, the child has finally spoken after the incident that nearly took his life, explaining what the intruder told him in the face before the scene.

According to sources, the survivor claimed that the perpetrator tried to kill him in order to teach his (victim’s) mother a lesson for outing him (Hammer) as a “weed” addict.

Sylvester Tetteh, the MP for Ngleshie Amanfrom Constituency, is said to have paid the child’s medical bills, after which he was discharged.

Meanwhile, a complaint has been lodged at the Amanfrom Police Station, but the suspect has not yet been apprehended.