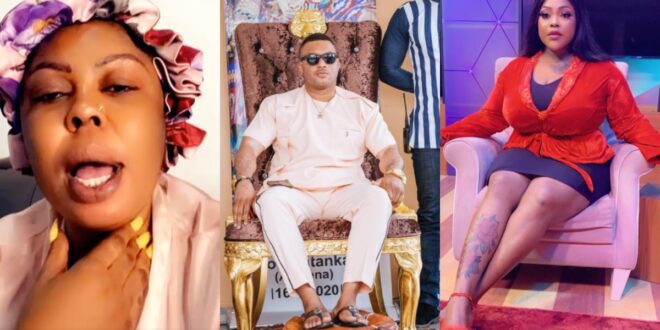 On Friday, February 26, Mona Gucci’s Link Up show on Kantanka TV began, where they discussed her law school problems together with one guest and how she felt disrespected, etc.

Even though she has forgiven them, Mona Gucci said she is looking forward to an apology from Nana Ama Mcbrown and Kwame Aplus on her program, and has set a time limit for them to do so.

it seems that Mona Gucci announced on her Link Up show that Kantanka Tv was bigger than Utv, causing her biggest rival, Afia Schwarzenegger, to come out and blast her and her manager.

Afia Schwar, who was about leaving her house for church service, said that if Kantanka Tv was bigger then Utv than the stupid son of Kantanka, Jnr’s mind was what is what the station is bigger than and not UTV.

The brave Afia Schwar stated that she was getting prepared for church, and she was going to bark at Kankanta TV when she returned.