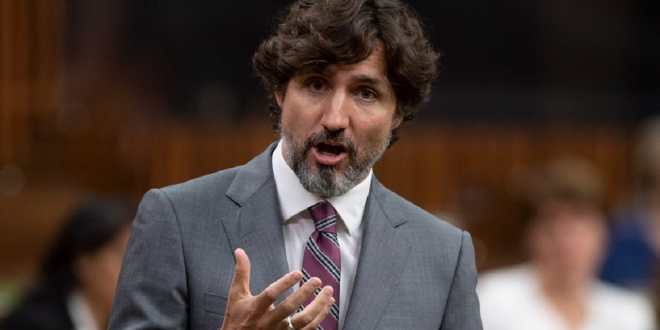 Justin Pierre James Trudeau is a Canadian politician who has served as the country’s 23rd and current prime minister since 2015.

Trudeau, the eldest son of Pierre Trudeau, is the second-youngest prime minister in Canadian history, behind Joe Clark. Trudeau is also the first to be the child or other relative of a former holder of the job.

Trudeau was born in Ottawa and attended Collège Jean-de-Brébeuf before graduating from McGill University with a Bachelor of Arts degree in literature in 1994 and a Bachelor of Education degree from the University of British Columbia in 1998.

He taught French, humanities, math, and drama at the secondary school level in Vancouver after graduating, before returning to Montreal in 2002 to complete his studies.

He served as the chair of the youth charity Katimavik and as the director of the non-profit Canadian Avalanche Association.

He was appointed chair of the Liberal Party’s Task Force on Youth Renewal in 2006. was elected to the House of Commons in the 2008 federal election to represent the Papineau riding.

He was selected as a secondary education and sports critic in 2011.

Trudeau was elected Liberal Party leader in April 2013 and led his party to victory in the 2015 federal election, increasing the Liberals’ third-place finish from 36 to 184 seats, the highest numerical increase by a party in a Canadian federal election.

The Trudeau family is a prominent one in Canadian history, having lived during the time of French colonial rule in what is now the province of Quebec.

Here are some of the relatives of the Trudeaus Family:

Sophie Grégoire is the wife of Justin Trudeau who is the current Canadian Prime Minister.

According to their love story, Grégoire and Justin Trudeau met when they were both youngsters in Montreal, where Grégoire was a classmate and boyhood friend of Michel Trudeau, the youngest Trudeau son.

Grégoire and Trudeau met again as adults in June 2003, when they were asked to co-host a charity ball, and began dating a few months later.

They were married on May 28, 2005, in Montreal’s Sainte-Madeleine d’Outremont Church.

She is active in charitable work, social work, and public speaking, and she primarily focuses on issues pertaining to children, women, and the environment

Xavier James is the first child and the only son of Justin and his wife Sophie.

Justin was born in 2007. His birth month is not known. He is currently 15 years old.

Ella-Grace Margaret is the second child and the first daughter. Margaret was born in 2009. Her birth month is not available as of now. she is currently 13 years old

Hadrien Gregoire is the last child of Justin and Sophie Trudeau. He was born on  28 February 2014. He is 8 years old.