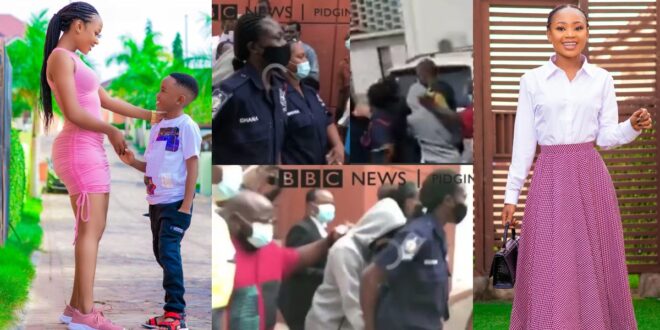 Rosemond Brown aka Akuapem Poloo was given bail on Monday, April 19th, after her lawyer filed an appeal against her 90-day jail term.

The bail was issued pending the outcome of an appeal filed by lawyer Andrews Kudzo Vortia on Monday, April 19.

Bail was set at GH80,000 for two sureties, each of which had to be justified.

She is required to return to the police every two weeks and can only fly with the court’s express permission.