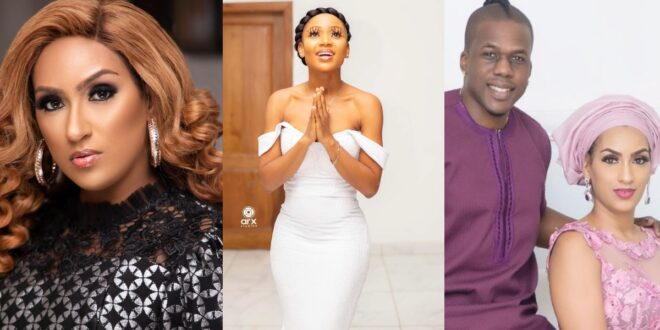 Iceberg Slim, Juliet Ibrahim’s ex-boyfriend, and a Nigerian singer, appears to be courting Ghanaian actress Akuapem Poloo after her release.

Iceberg replied to a post by Akuapem Poloo, also known as Rosemond Brown, with a white dove in a post that attracted the attention of Buzzgh.com.

A white dove is seen as an emblem of tranquility and well-being.

As a result, it is possible that Iceberg Slim was wishing Brown calm after the ordeal she had experienced in recent days.

Brown responded to the comment with a red heart and a fire emoji. Buzzgh.com, on the other hand, is unable to confirm whether the two are still friends or whether their relationship began during her court case.

Akuapem Poloo, meanwhile, has been in the news for the last few days after being sentenced to 90 days in jail.

This comes after she celebrated her seven-year-old son’s birthday by sharing a naked selfie of him.

Following an appeal by her lawyers, she was given parole, but she was nevertheless sent to Nsawam Jail, where she stayed about 3 days in the female prison.

Following her ordeal, Akuapem Poloo was showered with love from Ghanaian and Nigerian stars.