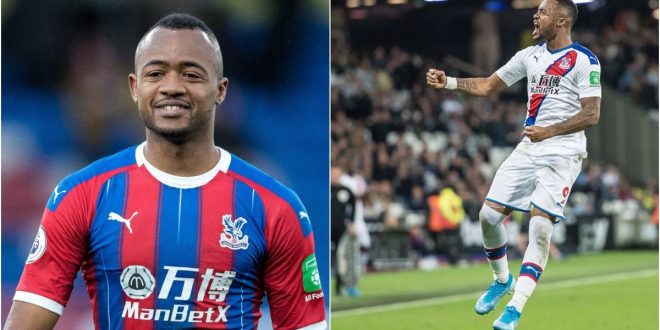 Crystal Palace striker Jordan Ayew has become ghana’s top scorer when it comes to the English Premier League after his last match between AFC Bournemouth.

Jordan Ayew was able to secure a place as the top Ghanian scorer after he scored the second goal for his club Crystal Palace securing them a win in that match.

the goal added in lifting his total goals to 25 leading him so surpass the Leeds United cult-hero Anthony Yeboah who has a total goal of 24.

since the league is not yet over, the competition between them is still on and Jordan must work hard if he wants to remain at the top.