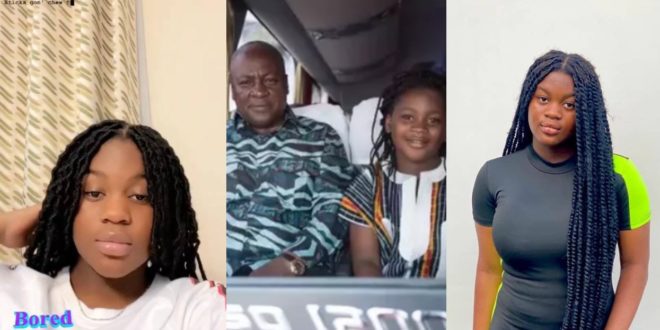 John Mahama’s Last Born, Farida all grown Up In These New Photos

The little daughter of the former president John Mahama who was seen with her father in most of his assignments has been spotted and it will marvel you to see how grown she has become over the years.

The said daughter who goes by the name Farida Mahama first received media attention when she claimed she was happy over her father’s loss of the presidential seat to President Nana Akufo-Addo because it was an opportunity to be able to spend more time with her father.

She happens to be the last of all the five kids the former president Mahama has with his wife Lordina Mahama and according to her father, he cherishes her the most among his kids.

Pictures of Farida Mahama prove she has aged gracefully; maybe due to the valuable time John Mahama has been spending with her over the years as he is no longer on the seat.

see her current pictures below: