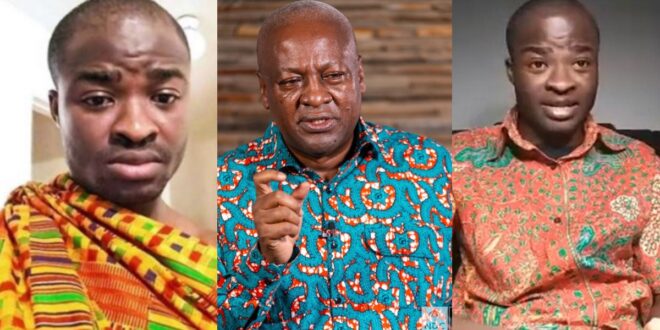 Evangelist Addai Emmanuel, a Ghanaian Evangelist based in the United States, has taken to his official Facebook page to accuse former President John Dramani Mahama of being the cause of the country’s latest “dumsor.”

You can remember that almost the entire country was hit by an outage, leading some Ghanaians to believe that the country had returned to its “dumsor” days. About the fact that GRIDCO issued a memo debunking speculation about the return of “dumsor,” some Ghanaians remain suspicious.

In response to the news, Evangelist Addai accused former President John Dramani Mahama of being the mastermind behind the country’s power outage. The self-proclaimed evangelist posted a photo of John Mahama on his official Facebook page with the caption:

ALSO READ  "Akrobeto is the most consistent Kumawood actor of all time, not Lilwin nor Agya Koo" - Kwaku Manu’s former manager says

”Trust me, JOHN MAHAMA Could BE BEHIND THE CURRENT DUMSOR DUMSOR RIGHT AFTER INDEPENDENCE DAY”