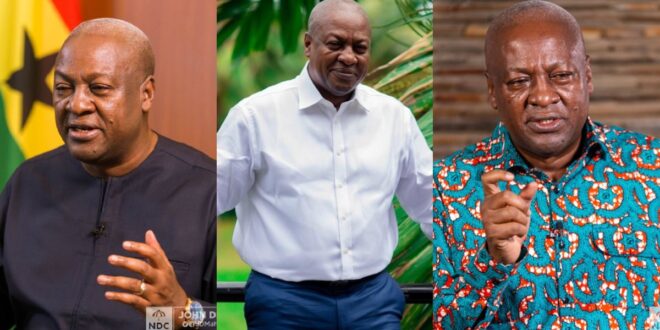 John Mahama, the former President of Ghana, reported on March 7, 2021, that his cassava is still intact after being vaccinated.

According to him, there is a common belief that if a man injects the covid-19 vaccine, he would lose his cassava powers, but he claims this is unfounded and untrue. He made this remark while appearing at the Ringway Assembly of the Assemblies of God.

He requested that the congregation question his wife about his cassava’s power.

The former President used himself as an example to persuade all men to get vaccinated, claiming that there are no negative side effects.

CHECK OUT THE VIDEO BELOW;

Popularly known as the webmazta; Cobby Collins is an established web designer, a computer instructor, and content creator. You can contact him via email [email protected]il.com or via Whatsapp only on +233204875306